Word of the Day

Welcome in to another week full of excitement here at WNZR!
Joe had a Food for the Hungry meeting this evening, so Rachel sat in for him today!

The Mystery Box made it’s triumphant return for 2018!
I hid something in the box, and Rachel had to guess what it was!

Rachel, from the shake test, learned that it’s not contained in its’ own box, and that it’s an irreguar shaped item. From the smell test, we learned that this item is used for making yourself smell good. (After we eliminated your house, and your car, we settled on yourself! From the touch test, we learned exactly what it was!|
Congratulations to Linda from Utica!
It was a soap bar shaped like a gemstone!
Pretty neat Christmas gift I got from my friend Megan : )

Our word of the day today was…
Stardust! || noun

1. (not in technical use) a mass of distant stars appearing as tiny particles of dust.
2. a naively romantic quality:
There was stardust in her eyes
First recorded in 1835-45; star + dust

Thanks for listening!
– Lilly

‘Twas the Day After Christmas… 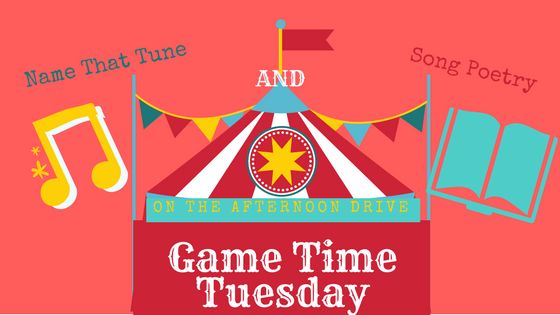 Well, Merry Christmas from our family here at WNZR to yours!
Today for Game Time Tuesday, Eddie Dilts and I got back in the groove with Game Time Tuesday! We played Song Poetry and Name that Tune!

Our Song Poetry Lyrics today were…

And our Name that Tune song today was…
“King of the World’ from Natalie Grant!
Congratulations to Andrea of Mt. Vernon!

One of my favorite parts of Christmas is the food, and it wouldn’t be the Afternoon Drive unless we shared some recipes now would it?
With food, naturally, comes leftovers. Here are a few delicious and fun ways to use up those Christmas leftovers!
Triple Chocolate Peppermint Kisses
Ham Filo Roll
Ham and Rice Chowder

Now, I don’t know about you, but my dog is very important to me, and I would do anything to keep her safe. The same thing is the case with Natasha Wallace. She rode her bike with her 70-pound pit bull in her backpack to keep him safe from a neighborhood fire. Wow that’s awesome. Read the whole story here.

Thanks for listening!
-Lilly 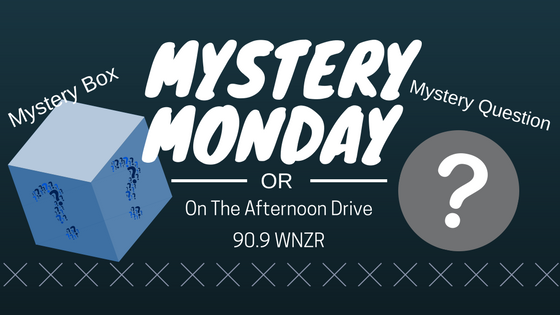 Our question today focused on one of Ohio’s native sons: Who is the ONLY American to hold the offices of both President and Chief Justice of the Supreme Court? And what is his hometown?

Congratulations to Dean, an MVNU student (and history major), who guessed correctly and wins the $5 gift certificate from Troyer’s of Apple Valley.

We also launched ‘A Different Kind of Giveaway’ to win tickets to see Mark Schultz and Love and the Outcome on December 10th here at MVNU. Congratulations to Betsy of Mount Vernon who correctly identified Mark’s song “He Is”…

Our Word of the Day today was illustrious, an adjective meaning “notably or brilliantly outstanding because of dignity or achievements or actions.”

Thanks for listening!
– Joe

Steppin’ in to a brand new week here on the Afternoon Drive! (Haha. Mystery Box Pun).
(Read on to find out why that’s funny).

First thing’s first, he figured out that it was not very fragile and not edible.
He also figured out that the item “slides” pretty easily. (HA another item pun).
The item has a part that is made of a spongy material, and it is mostly used often outside.

From the sniff test, we learned that it is not a gardening item, nor is it a sports item.
We also learned that my feet have a medicated smell. So that’s a thing. Idk man.

The answer is ‘Does Anybody Hear Her?’ by Casting Crowns.  Congratulations to Stephanie from Howard who wins the $5 certificate to Troyer’s of Apple Valley.

Name That Tune today featured ‘Soul on Fire’ by Third Day and All Sons and Daughters. Phyllis from Danville was our winner.

Our uplifting story today focused on Hailey Dawson of Henderson, Nevada, who is becoming a regular guest at baseball games.  Read the story here from NBC’s Today Show.

If you missed Hannah’s devotional, it was from Sarah Young’s Jesus Always, focusing on Psalm 46:1.

Thanks for listening!
– Joe

Goooood afternoon! What a chilly day in Mt. Vernon, but we’re keeping you warm with some awesome music and the Mystery Box!

The mystery box was a confusing one today! I was really stumped!
It was a granola bar! Thanks to Jennie for helping me figure it out!

Our Word of the Day today was a spookily appropriate one.

The etymology of sawbones is appallingly familiar to anyone who has seenphotos from the Civil War or Gone with the Wind. The word is relativelymodern, first appearing in Charles Dickens’ The Pickwick Papers (1837).

Thanks for listening!
-Lilly! 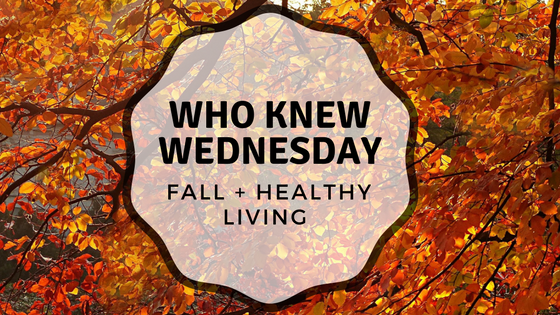 Today Lilly and I talked about lots of healthy living tips for fall!

First, we shared with you about the superfruit: Cranberries! Click HERE for the article and some fun cranberries recipes!

Then we shared with you some fun fall food ideas and some healthy habits to fall into!  (Get it?) Click HERE for that article and Halloween tips!

Struggling with headaches? Have you thought that they might have something to do with your anxiety? There are treatment options!  Click HERE to find out more.

Should you go the ER? Or would urgent care be best? Click HERE to read more! (Disclaimer – if you believe that the symptoms that you are experiencing are a severe medical emergency – please call 911 first)

b : to overcome by superior force or numbers

c : to overpower in thought or feeling

Thanks for listening! – Hannah

Cupcakes are an amazing dessert food. How do we know? Well, they have a national day dedicated to them, so we’re celebrating Cupcake day here on the Afternoon Drive!

(Also, also, also, the 48th Dove Awards happened last night! If you missed it and would like to see who won, check it out here)!

Click here to see the cutest little infographic ever about cupcakes. (Seriously).

The earliest description of what is now often called a cupcake was in 1796, when a recipe for “a light cake to bake in small cups” was written in American Cookery by Amelia Simmons. The earliest documentation of the term cupcake itself was in “Seventy-five Receipts for Pastry, Cakes, and *Sweetmeats” in 1828 in Eliza Leslie’s Receipts cookbook.

In the early 19th century, there were two different uses for the term cup cake or cupcake. In previous centuries, before muffin tins were widely available, the cakes were often baked in individual pottery cups, ramekins, or molds and took their name from the cups they were baked in.

Variants of the Cupcake…

Now, it wouldn’t be the Afternoon Drive if we talked about a food and didn’t share a lot of recipes for it now would it? So here you go!

Also, it wouldn’t be the Afternoon Drive if we didn’t share some fun facts…

Definition- to utter injuriously misleading or false reports about: speak evil of
Examples-  The tech guru recalls how as a high schooler he was often maligned or simply ignored by the popular kids in his school.

Thanks for listening!
– Lilly

Who we are, what you want and where we are going, such a mystery…
I don’t always understand, but I believe.

The song is ‘God, Help Me,’ from Plumb. Sandye of Mount Vernon was our winner!  She gets the $5 gift certificate from Troyer’s of Apple Valley.

Our Name That Tune song is a STUMPER – that means we’ll bring it back next week.

We also shared Chuck Swindoll’s devotional called “My Greatest Passion.” Read it by clicking here!  You can also hear Insight for Living with Chuck weekday mornings at 9 and evenings at 6 here on WNZR.

Today’s Word of the Day is lagniappe (LAN-yap), a noun that means a small gift given to a customer by a merchant at the time of a purchase.

Thanks for listening!
– Joe and Hannah